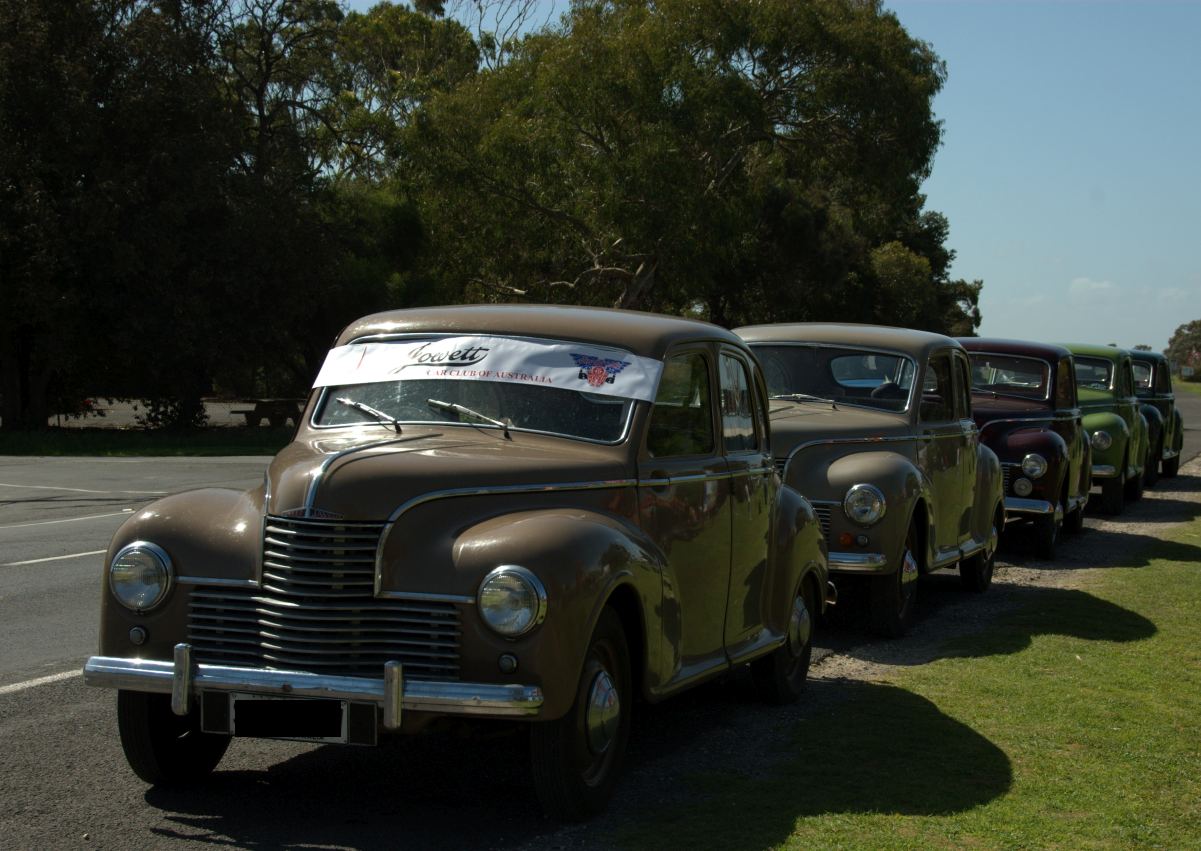 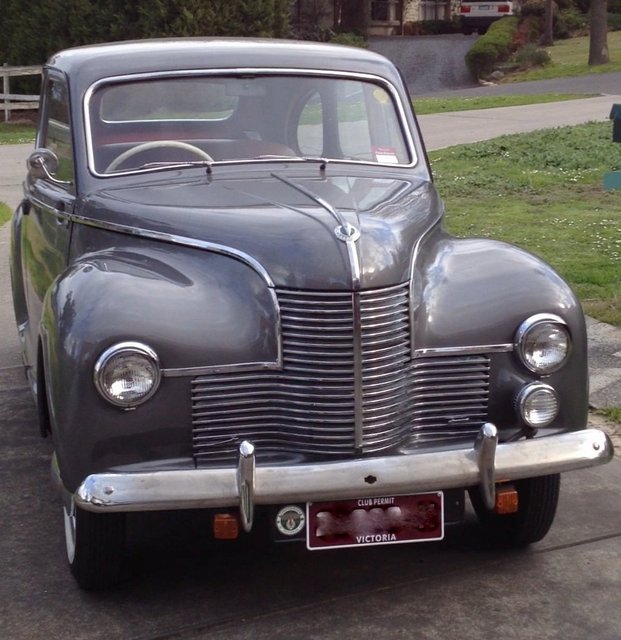 The Jowett Javelin was produced from 1947 to 1953. The model went through five variants coded PA to PE, each having a standard and "de luxe" option.

The production number can be decoded has:

The Javelin was designed by Gerald Palmer during World War II and was intended to be a major leap forward from the relatively staid designs of pre-war Jowetts.

The PA (1951) and PB (1952) versions were fitted with two Zenith carburettors The radiator was behind the engine and a four-speed gearbox with column change was used.

Early cars had gearboxes made by the Henry Meadows company. Later, Jowett made the gearboxes in-house, this decision proved to be a costly mistake. Even though Jowett had some experience in transmission manufacturing, the project went disastrously wrong. Bodies without power trains stacked up in the assembly line because of problems in gearbox production.

Design features included aerodynamic styling with the headlights faired into the wings and, for the time, a steeply sloped, curved windscreen. The body was of pressed steel, incorporating a box-section chassis, and was made for Jowett by Briggs Motor Bodies in their Doncaster factory. The suspension used torsion-bars on all wheels (independent at the front) and internal gear-and-pinion steering. PA and PB models had mixed Girling hydraulic brakes at the front and mechanical braking at the rear. Later versions were fully hydraulic.

The car was relatively expensive compared with vehicles of the same type. The Javelin cost £819 when it was launched